It is currently Sat May 15, 2021 2:48 am
Becoming a "Patreon" helps support the community by providing financial security for hosting the 4 dedicated servers (3x in Syd and 1x in Bris) which is used to host all the games we provide, covering on-going costs with your support helps alleviate the financial strain on Drunk Munki.
Visit our link at https://www.patreon.com/GamingAlliance to see our goals and donate and get some extra benefits while you are at it

We are always looking for communities to join us; do you have a game we don't host? you can merge with us and we will cover the hosting costs... we have been running for over 4 years, have over 1,100 people on discord, operate 4 dedicated servers and have strict policies on admin abuse.
Talk to DrunkMunki in discord to see if we are right for you!

I just recently started Playing on the server([AU/NZ]GamingAlliance.net-PvE ) and noticed that some spawns seem to be missing, specifically the new content spawns of the expansion (basic and otherwise), this disables some of the New "quest" in-game as a lot of them require killing such spawns, this along with the over abundance of Basic spawns kinda feels off, I ran around nearly 1/4 of the whole game map for fun and much of the spawns don't seem to be spawning, would it be okay to ask for this to be checked. Thank you for your time and consideration on this matter. 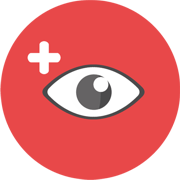 #843  by DrunkMunki
Thu Sep 03, 2020 12:27 pm
Hey Zero,
the devs stopped working on the game, but i can look into it, could be possibly due to structures nearby.
thanks for the heads up on DIscord.
For emergencies such as server going down email: [email protected] 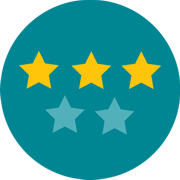 #844  by zeronobody
Thu Sep 03, 2020 2:20 pm
Thank you for the response, I've been in several vanilla servers (looking for a server to join in) and the spawns seem to be functioning well. oddly enough, even spawns in starting area where anyone in unable to build, have stopped spawning, is it possible to lower resource and spawn distance? (resource seem to be not spawning in a HUGE area around bases,)nearly double the base area is left barren.
New: just tried in single player no mods, they should be spawning, which is odd.